THE COMPLETE STORY OF SADAKO SASAKI

Read the Complete Story of the Courageous Girl whose Life and Death Inspired a Worldwide Call for Peace.

Sadako Sasaki was two years old when the atomic bomb was dropped on her city of Hiroshima at the end of World War II. Ten years later, just as the world around her was starting to feel normal again, this energietic, enthusiastic girl and first-rate runner was fighting for her life. She had contracted “atomic bomb disease.”

In this book, authors Sue DiCicco and Sadako’s older brother, Masahiro tell her story in English for the first time. Read the story of her patience and courage throughout her illness, how she inspired her family and friends and became a symbol of all people, especially children, who suffer from the effects of war. 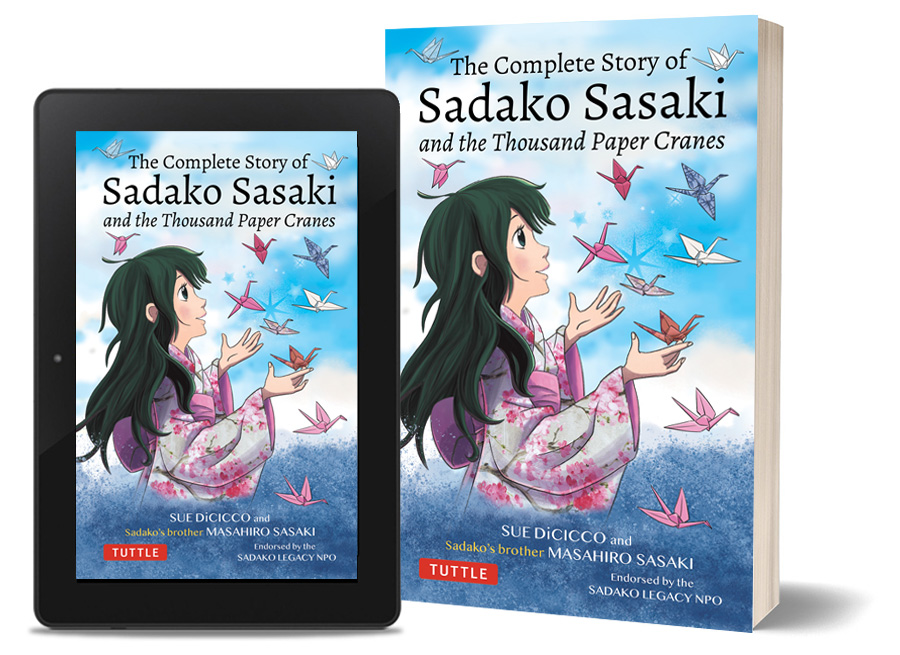 BUY NOW IN THE USA ON AMAZON

Also available at your local bookstore, Amazon worldwide, and many online retailers. 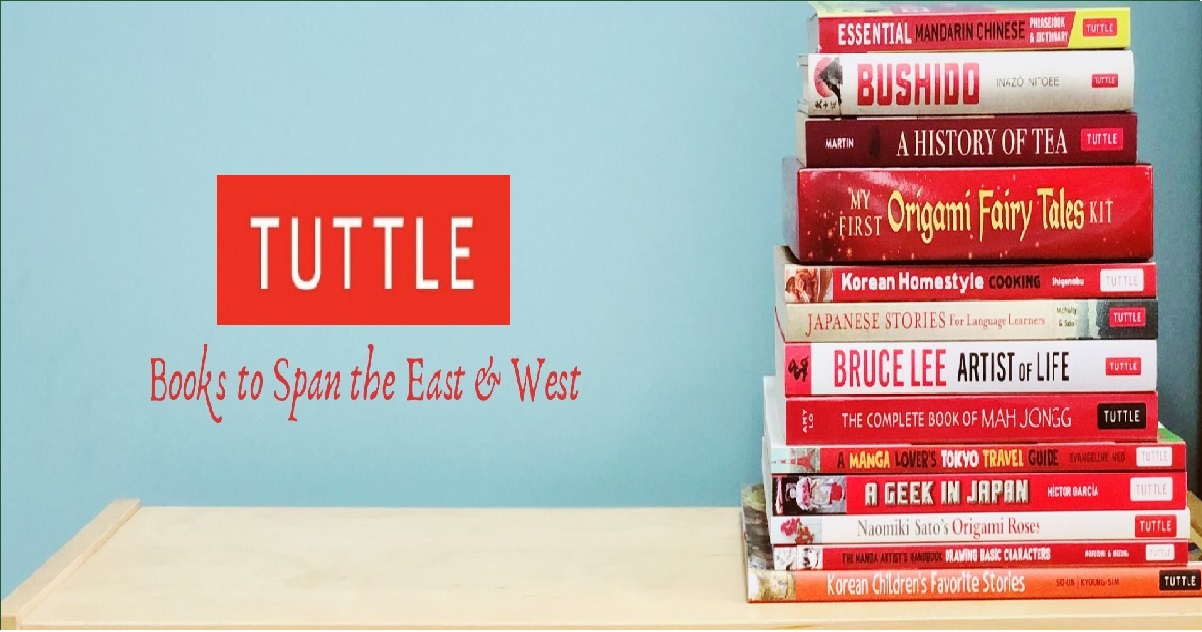 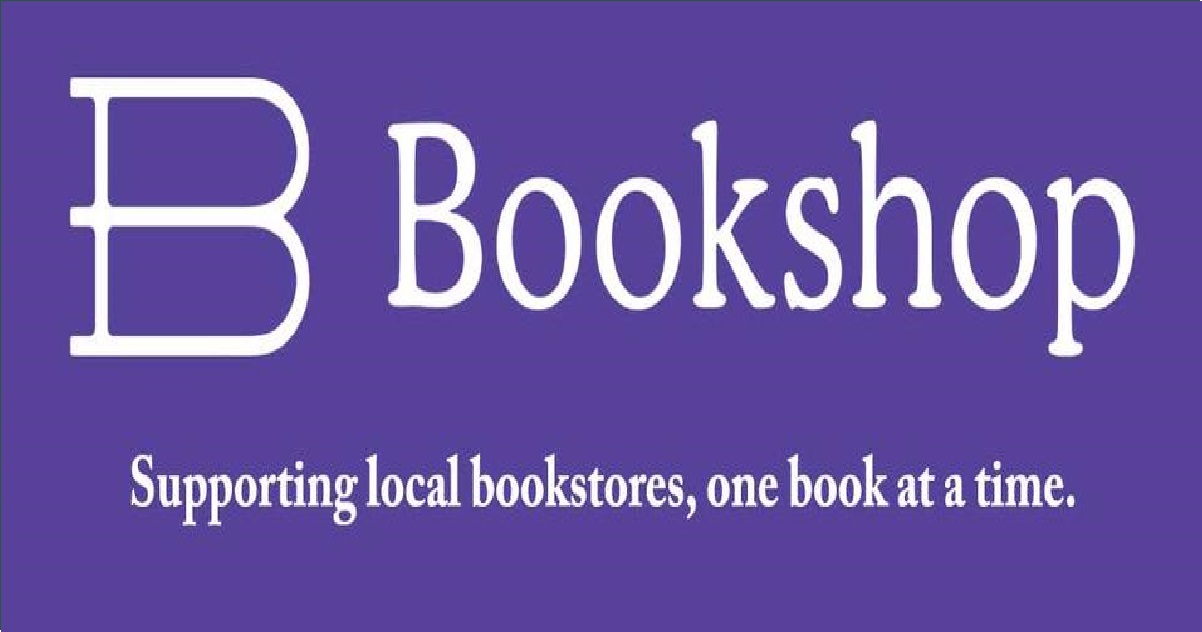 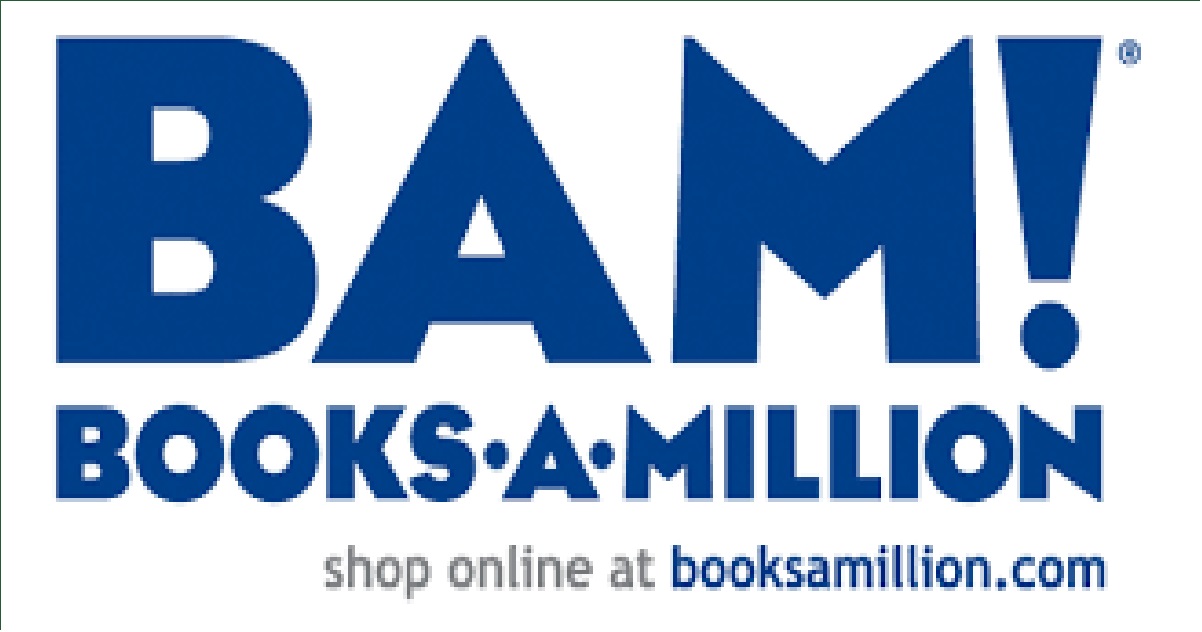 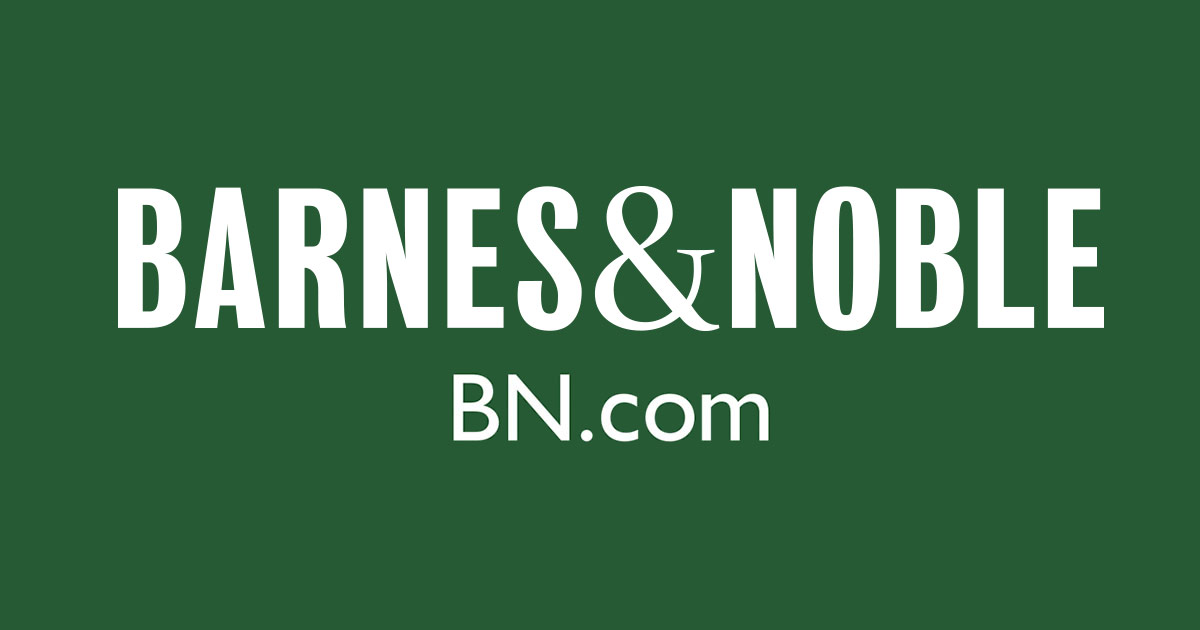 fold your own crane

Acclaim for The Complete Story of Sadako Sasaki

My grandfather, Harry S. Truman, never spoke to me about the atomic bombings of Japan. Like most Americans, I learned about them in school. Textbooks didn’t give me much more than casualty figures. Nothing about what really happened to the people on the ground. Sadako Sasaki’s story was the first human story of the bombings I’d ever read. It led me to Masahiro and two visits to Hiroshima and Nagasaki, the second, with my son, Wesley, to record survivor testimony for the Truman Presidential Library. In all that time, Masahiro rarely told his own version of his family’s story, preferring to focus on his sister’s courage and selflessness. Now, we have the full story of the courage and selflessness of the entire Sasaki family, their friends and the people of Hiroshima.

Born in Hiroshima in 1943, Sadako Sasaki was two years old when she experienced the atomic bombing. She lived life as fully as she could, but it was cut short at the young age of twelve. The powerful message she proclaimed throughout her entire life still resonates with us all: Peace in our world can be achieved not through holding grudges but through striving to live our lives with compassion for others. Hope will be born from overcoming our differences, from profound understanding of one another, and from respect for our fellow human beings.

When children make a crane it gives them a personal connection to a tragedy that they might otherwise not grasp because its horrific dimensions surpass normal imagination. Focusing on one person’s story opens the possibility of becoming engaged in the abolition of nuclear weapons. If a mere one hundred explode every person’s life on this frail planet will suffer beyond normal imagination and we must never let that happen.

The Complete Story of Sadako Sasaki reminds us of our essential goodness and belongs in libraries, classrooms, and homes everywhere. Sadako inspires us to connect with others, recognize their needs, and act accordingly regardless of our personal circumstances. Omoiyari-no-kokoro, the act of showing empathy and concern, is demonstrated over and over again, as both Sadako and the authors offer us an opportunity to understand the joy of living beyond ourselves. The Peace Crane Project, described in the epilogue, is a beautiful opportunity to experience this joy and help create the conditions for a culture of peace.

This book tells the story of a young girl, Sadako Sasaki, an innocent victim of war.  While in the hospital, twelve-year-old Sadako folded one thousand paper cranes in the hope of recovering from her atomic bomb-induced disease, and then she continued folding another one thousand paper cranes for her father.  The book was written to inform young readers of Sadako’s struggle and to inspire them to take action for peace.  I believe it succeeds on both counts.

In Santa Barbara, the Nuclear Age Peace Foundation and La Casa de Maria created Sadako Peace Garden, a beautiful, natural garden in honor of Sadako, and each year we hold a commemoration in the garden on or about August 6 (Hiroshima Day), which we refer to as Sadako Peace Day.

STUDENTS FROM ALL OVER THE WORLD SHARE SADAKO’S DREAM 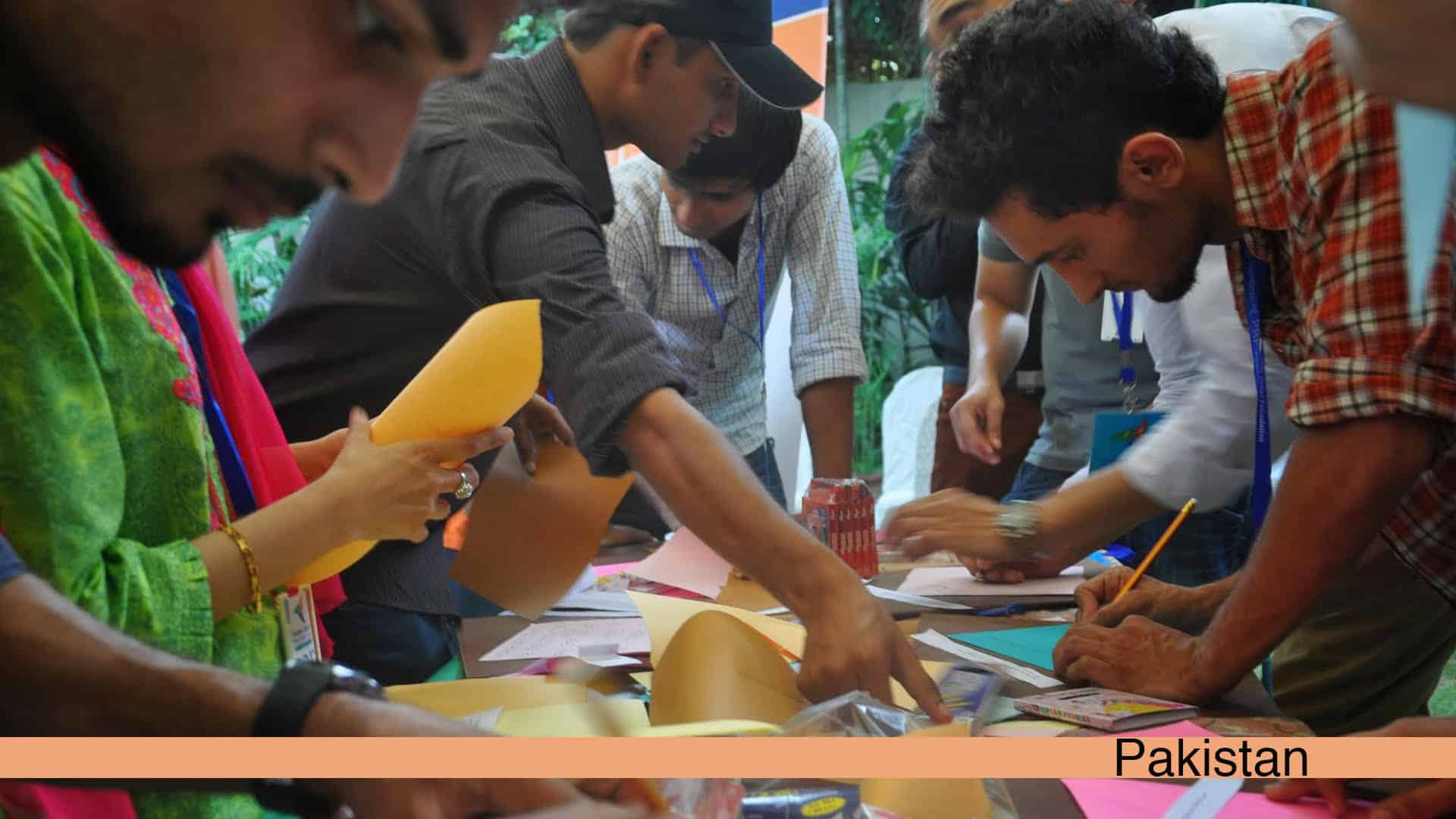 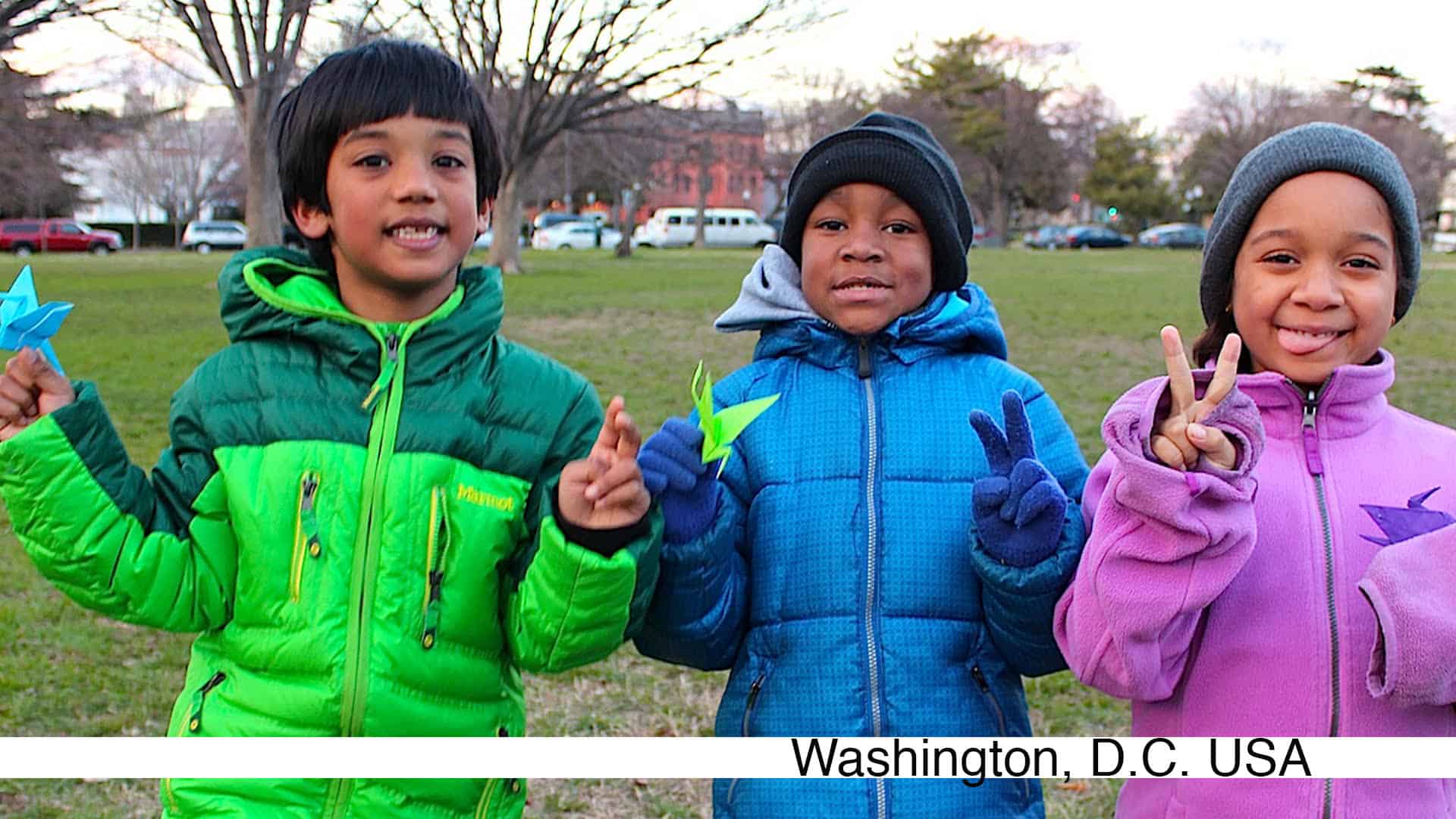 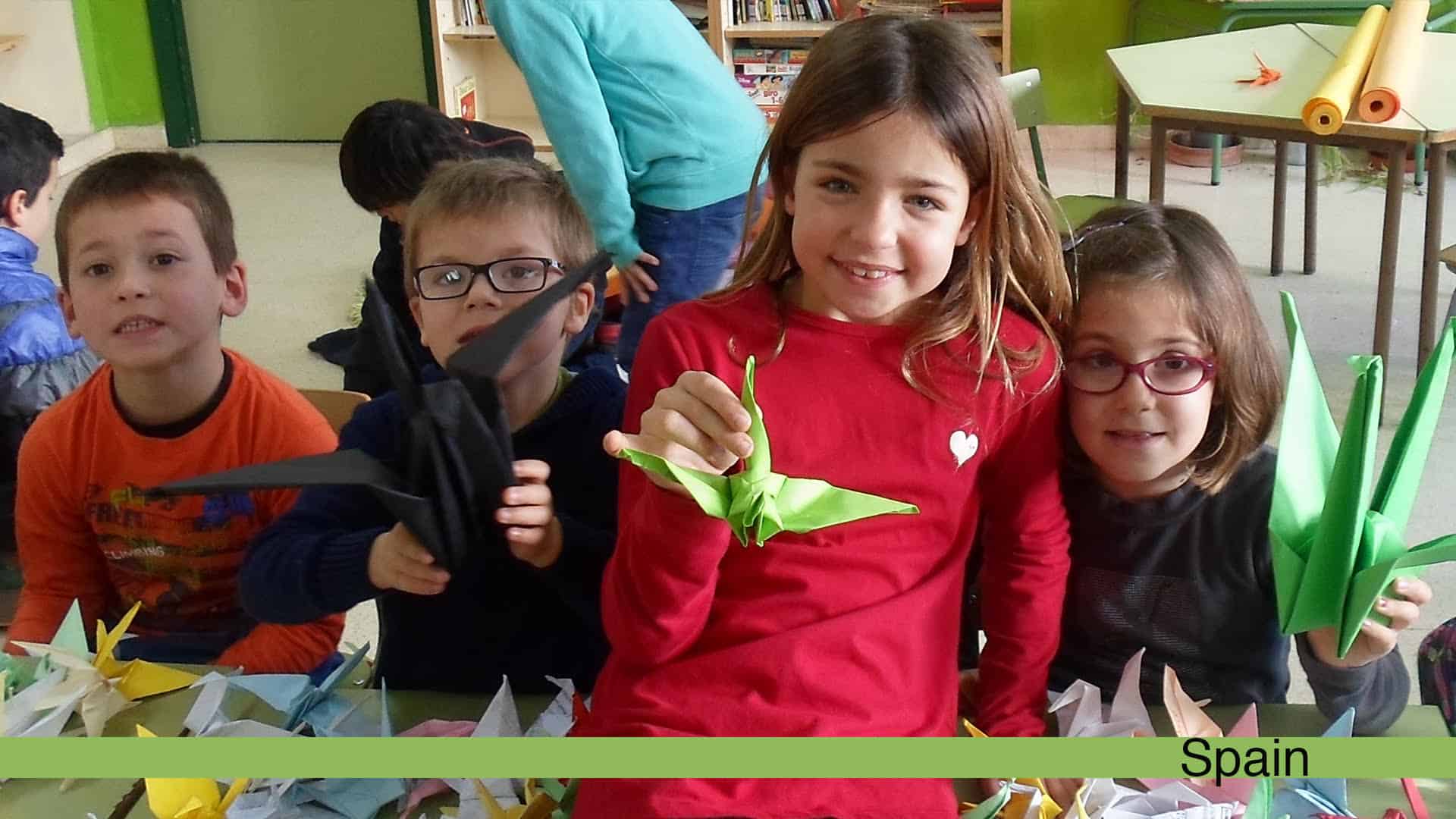 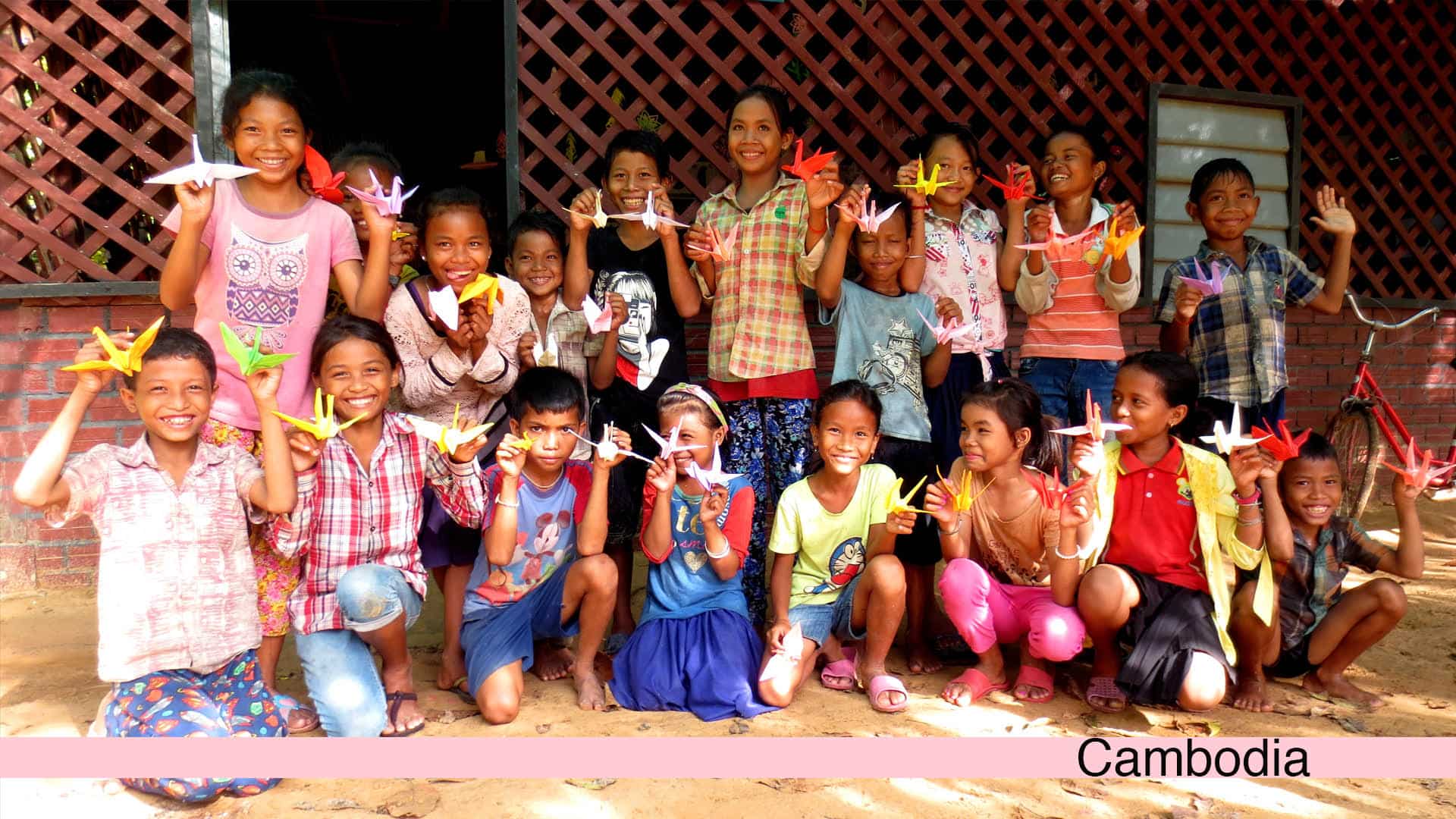 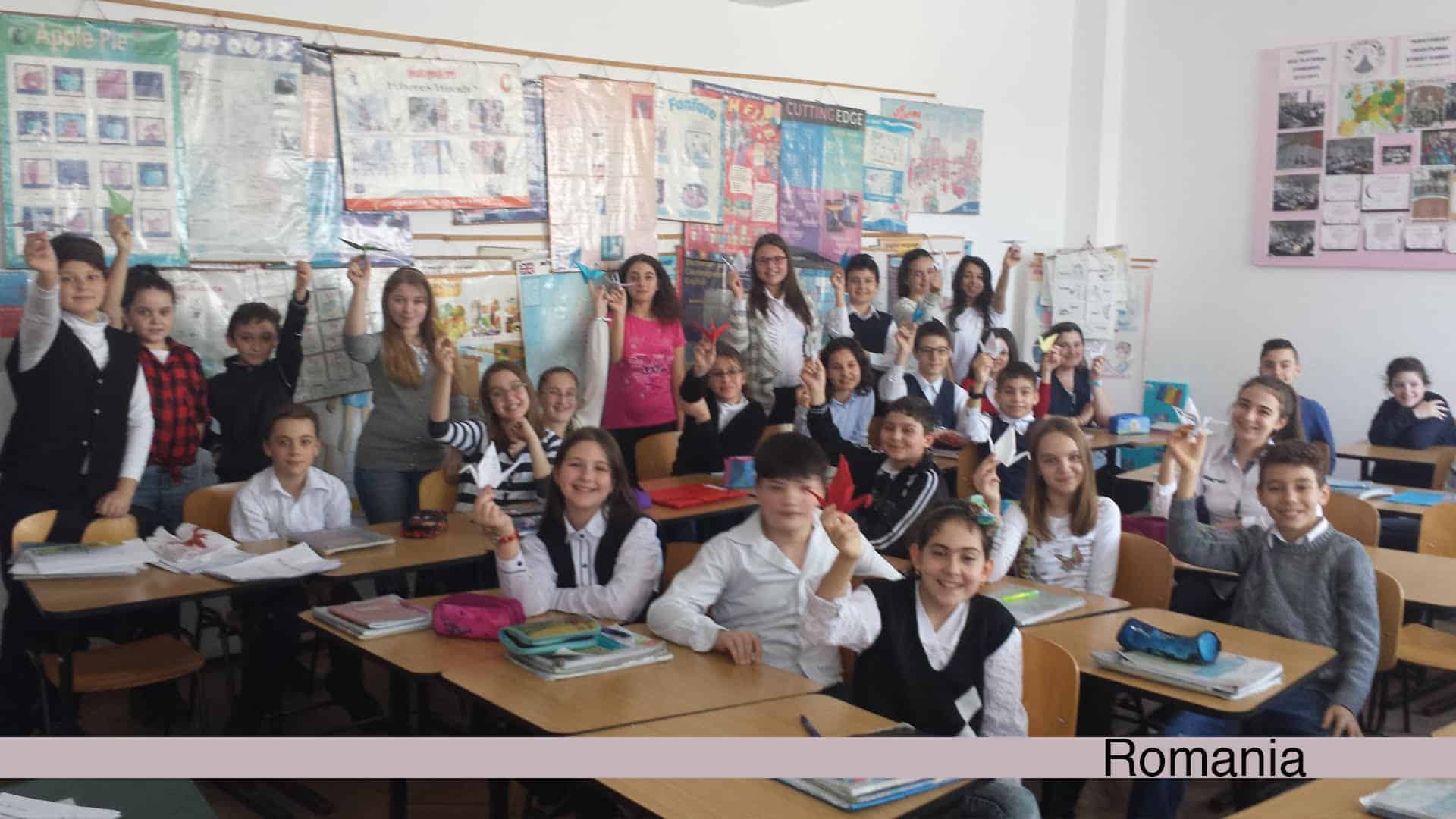 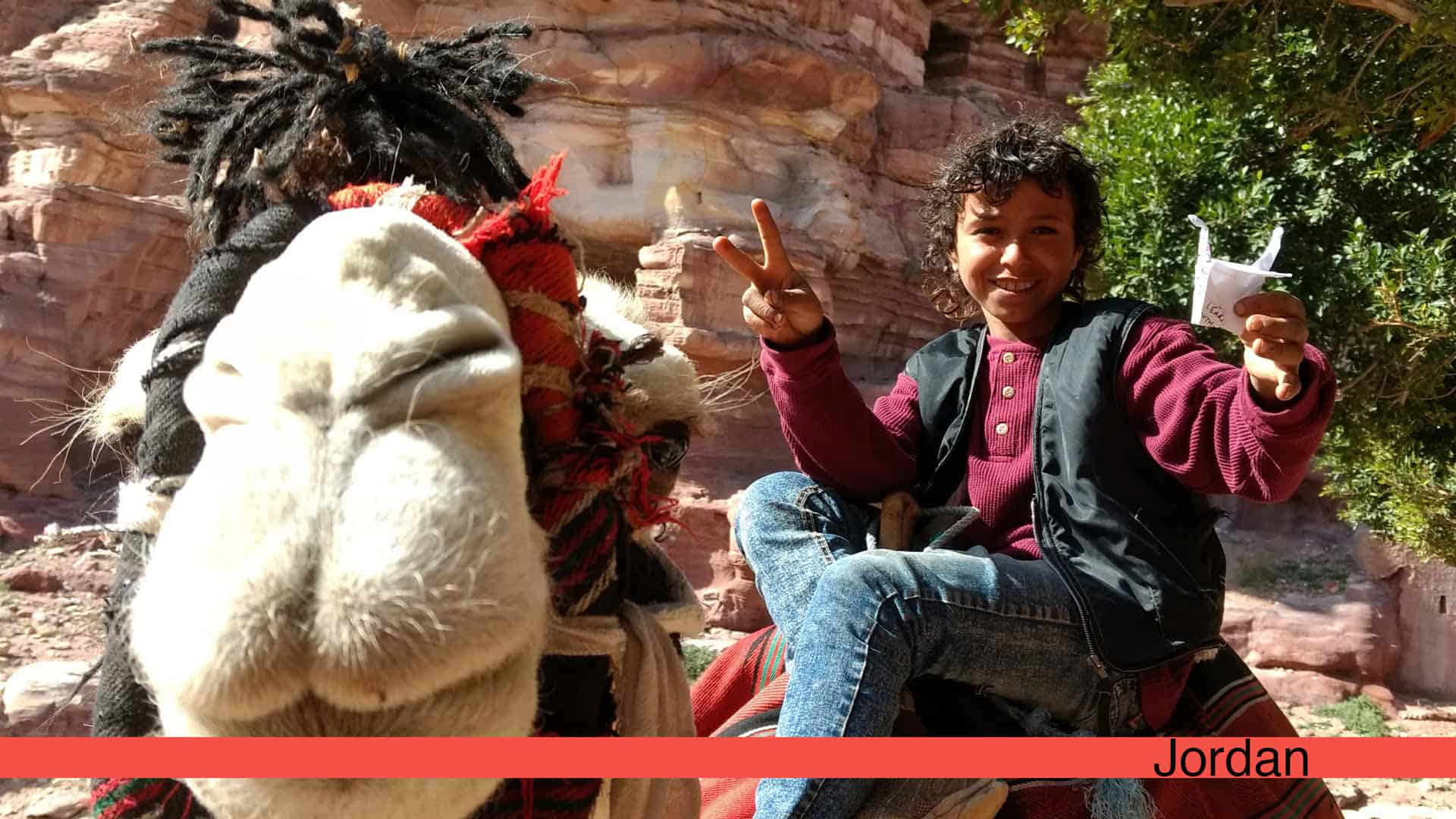 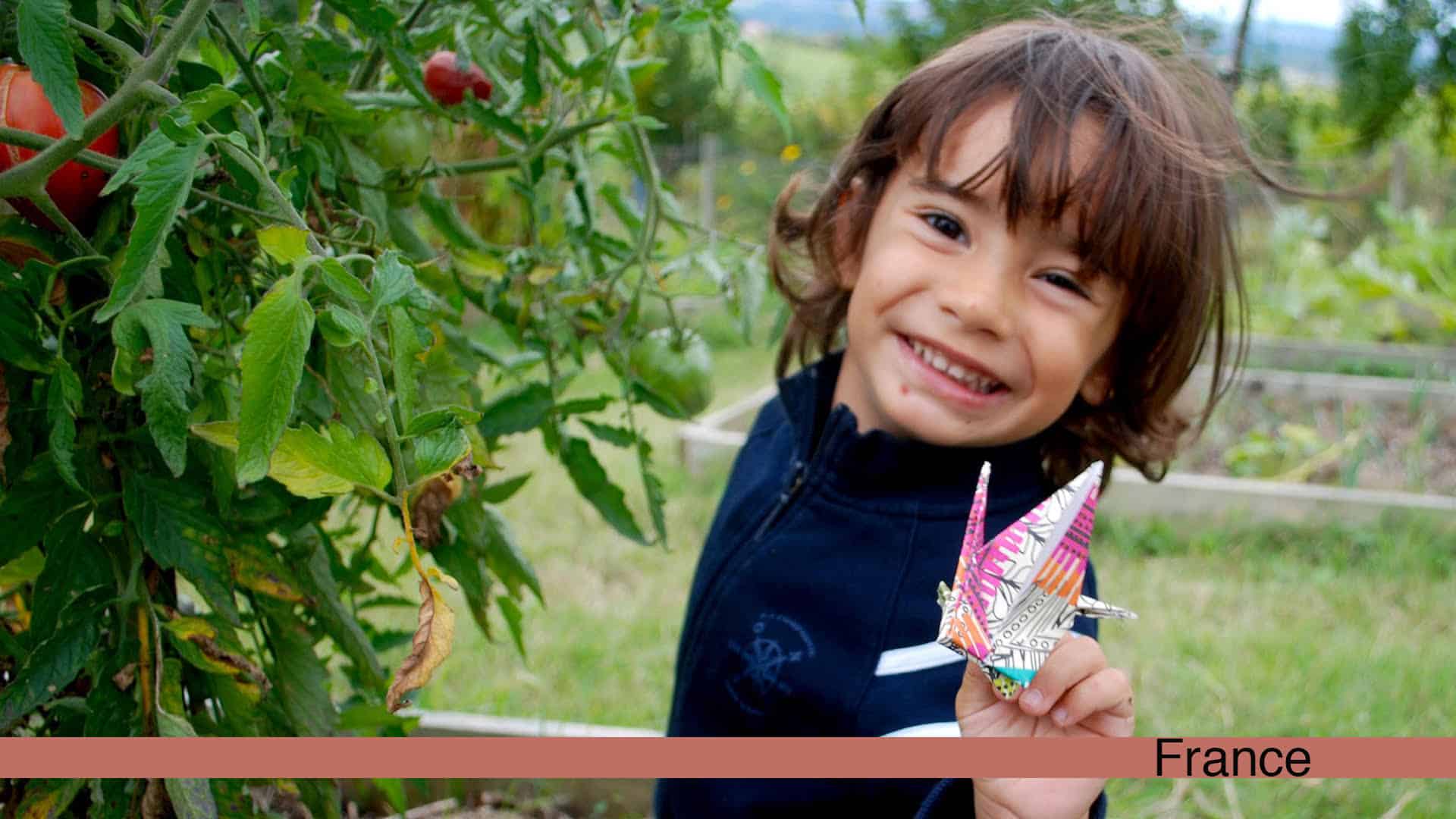 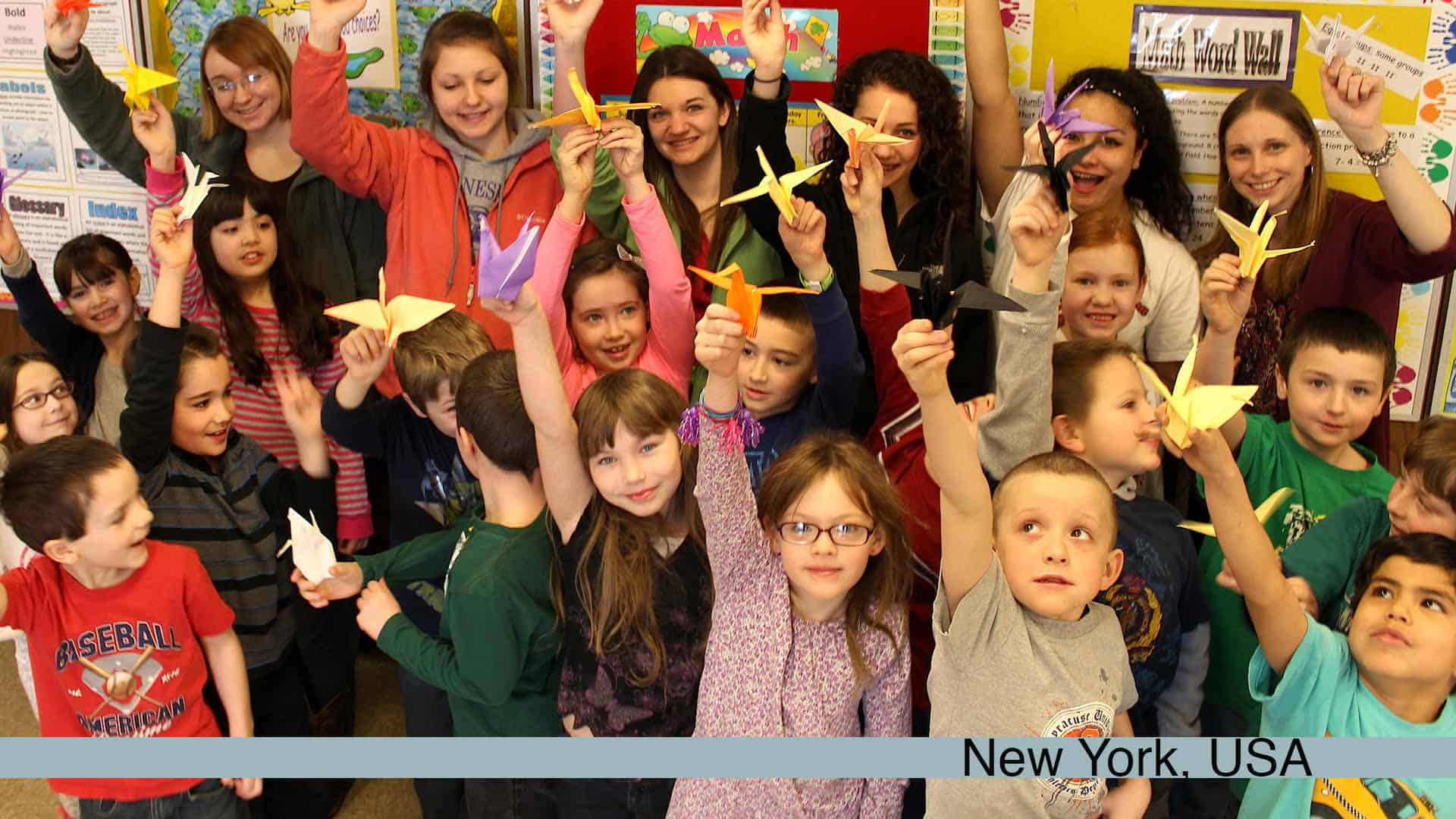 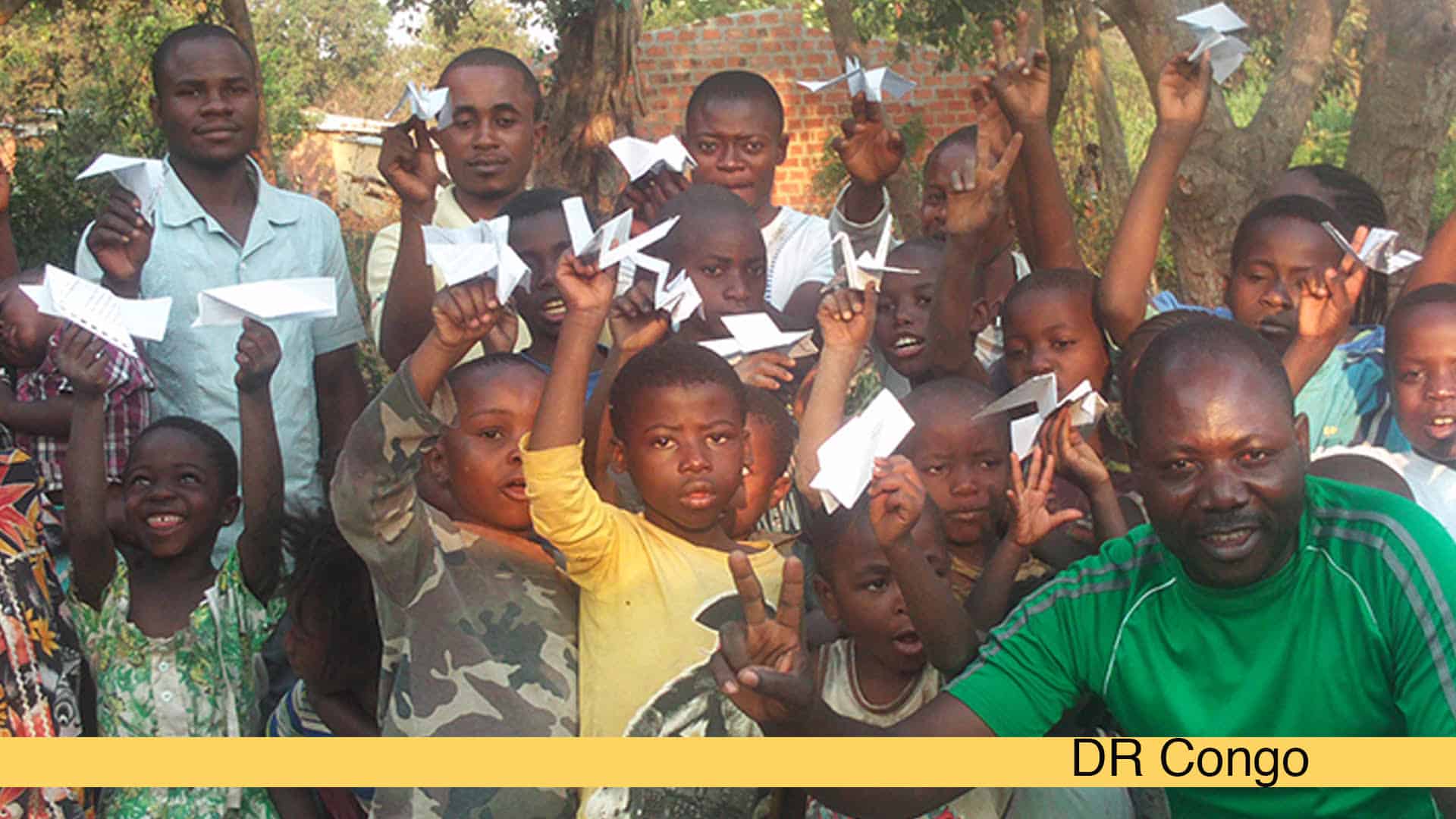 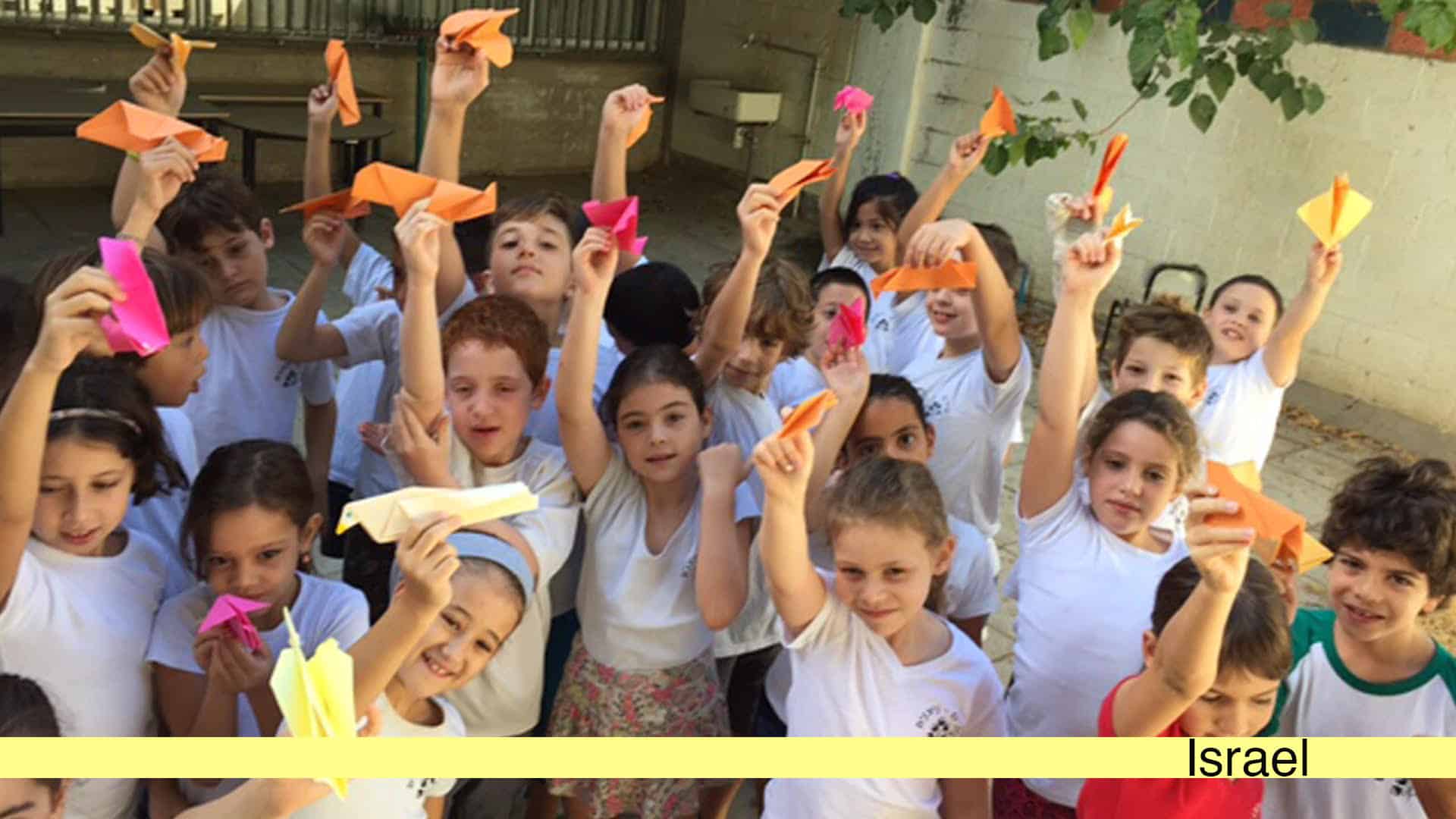 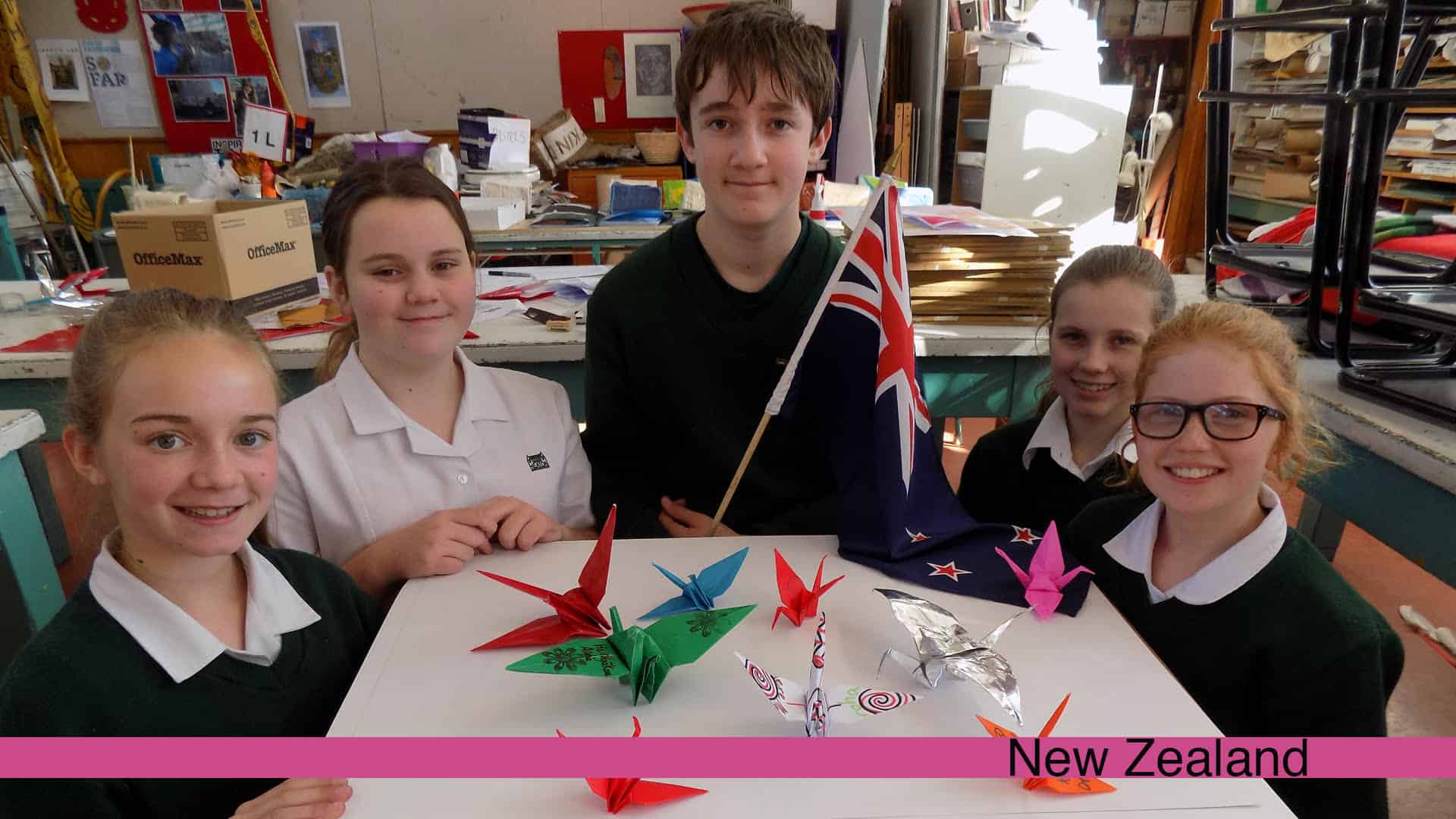 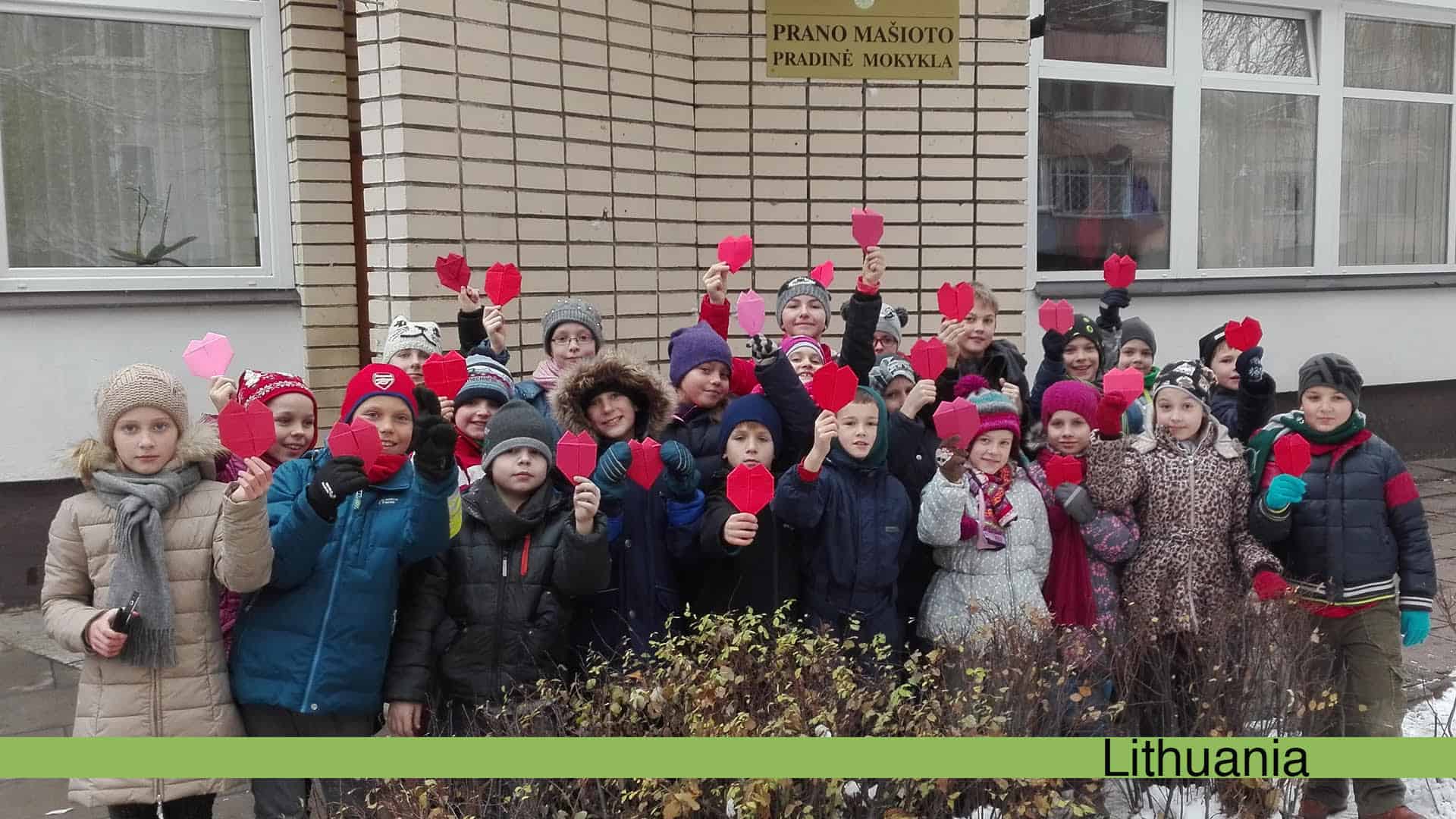 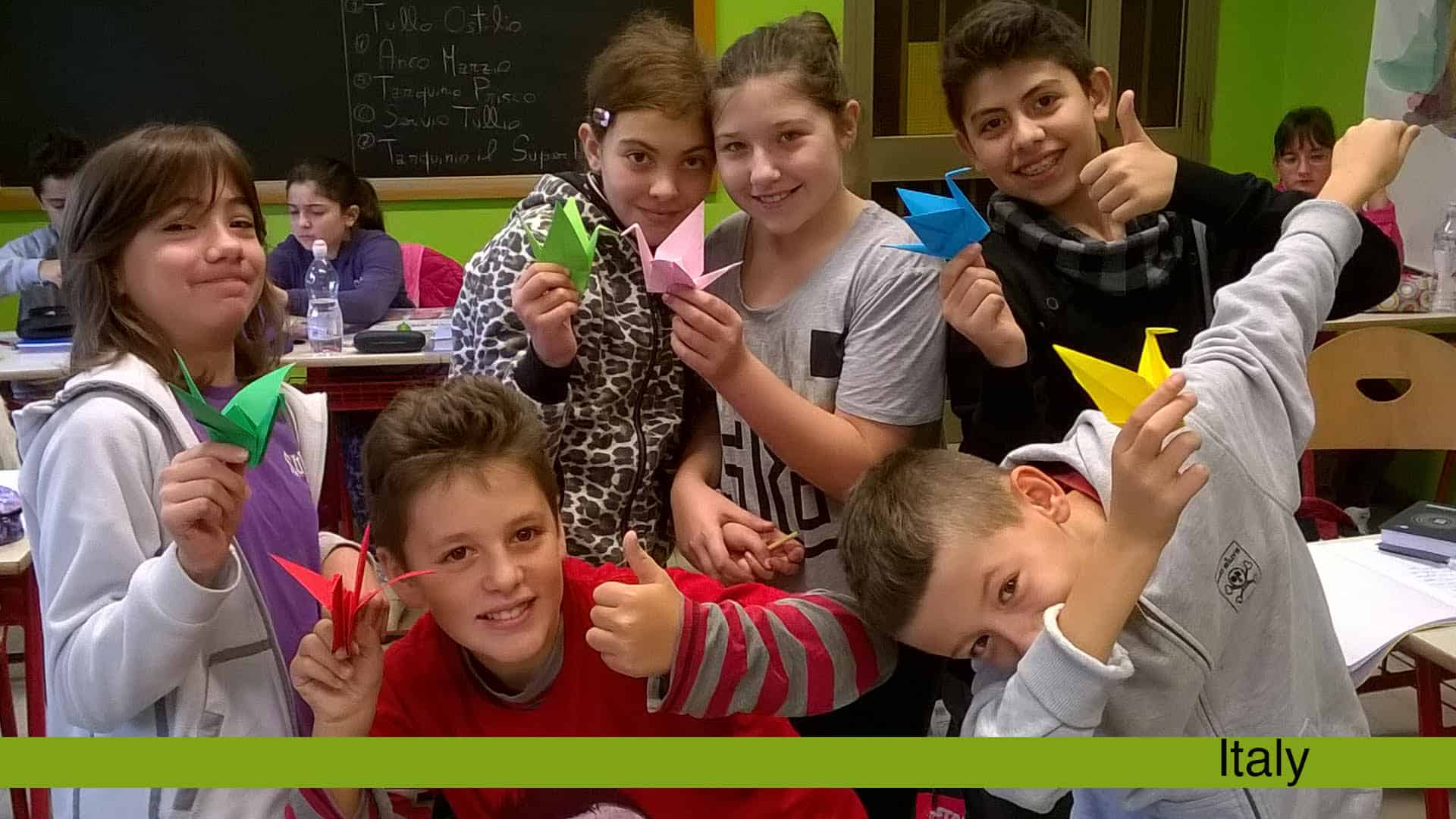 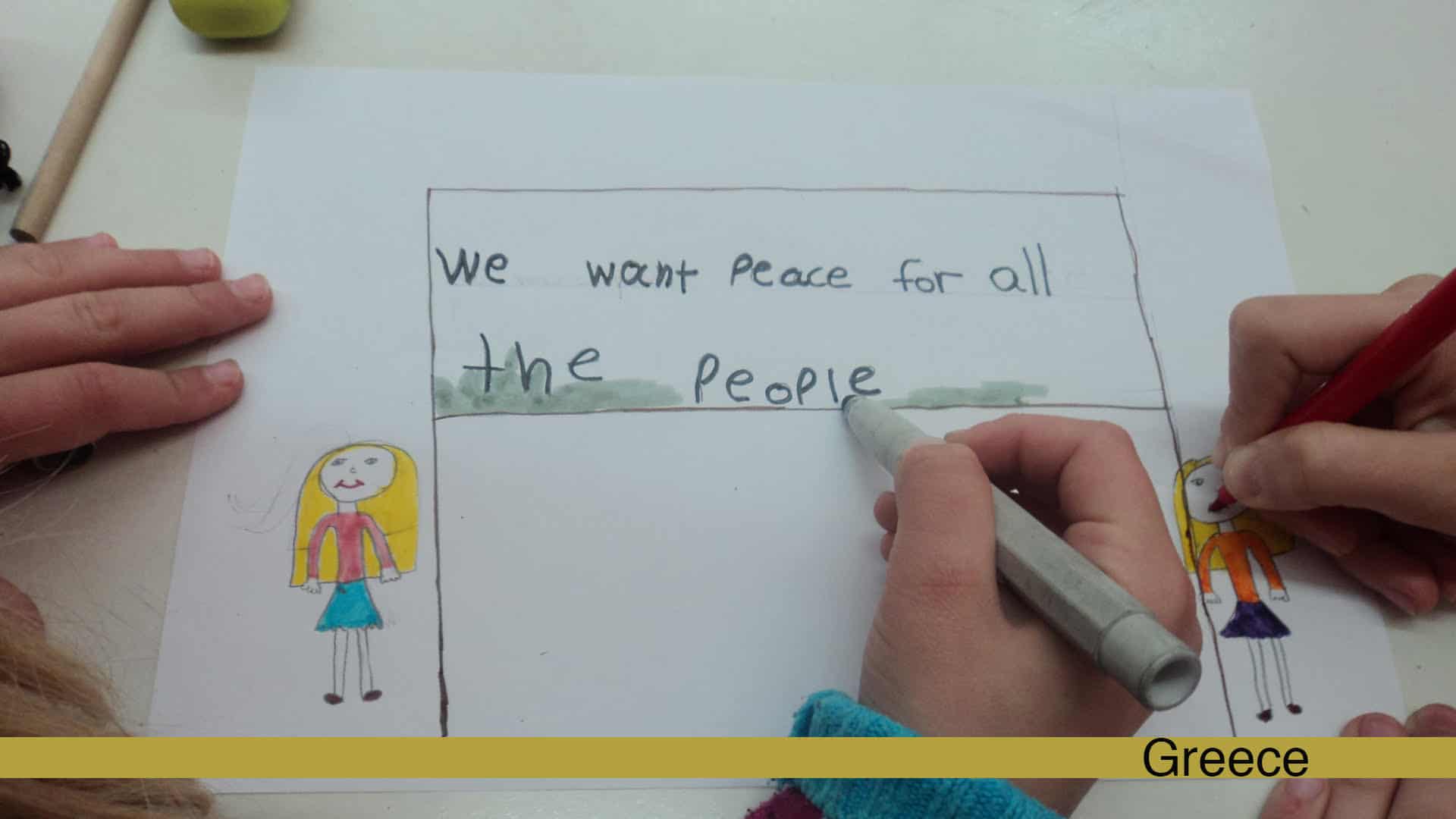 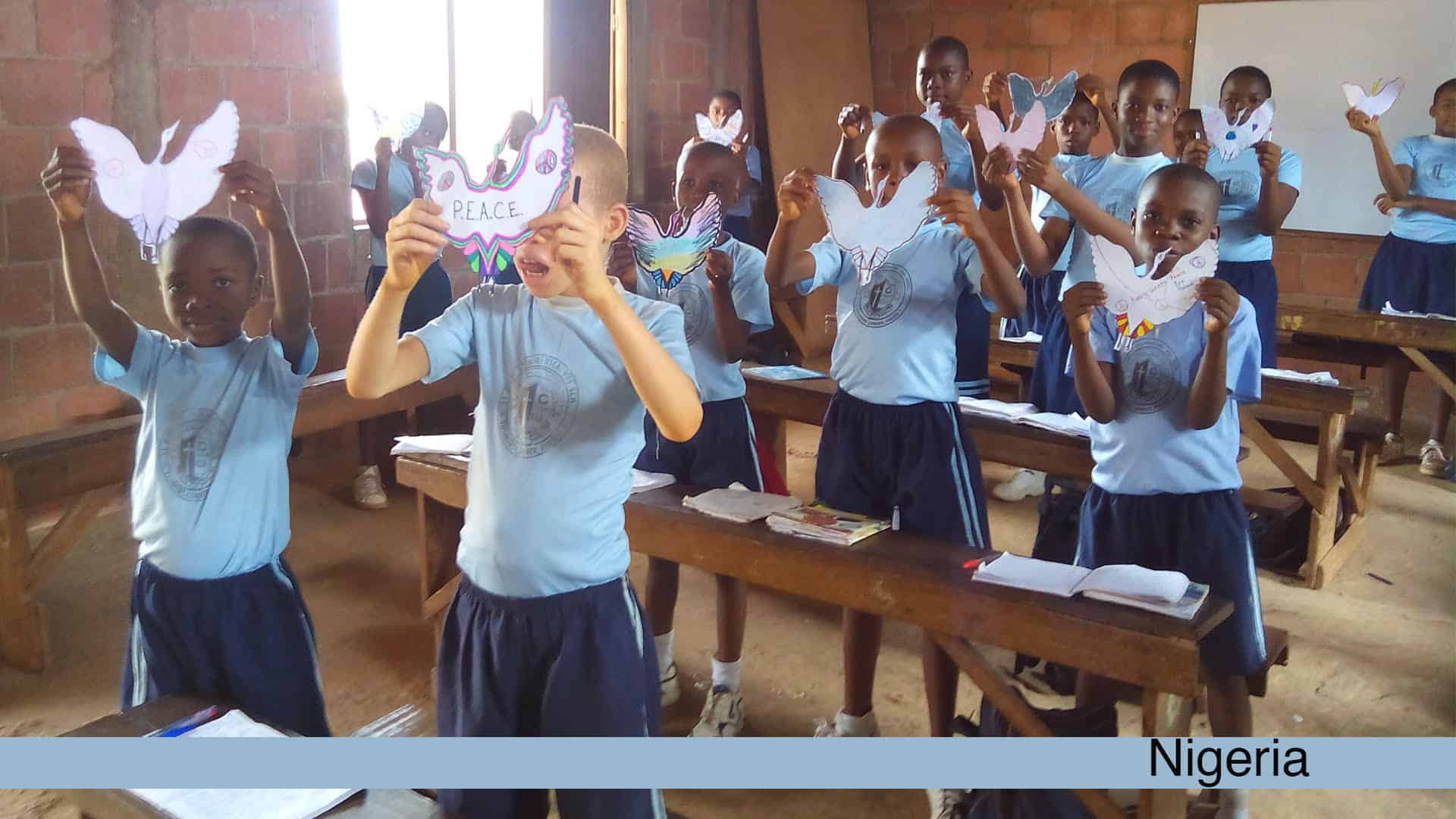 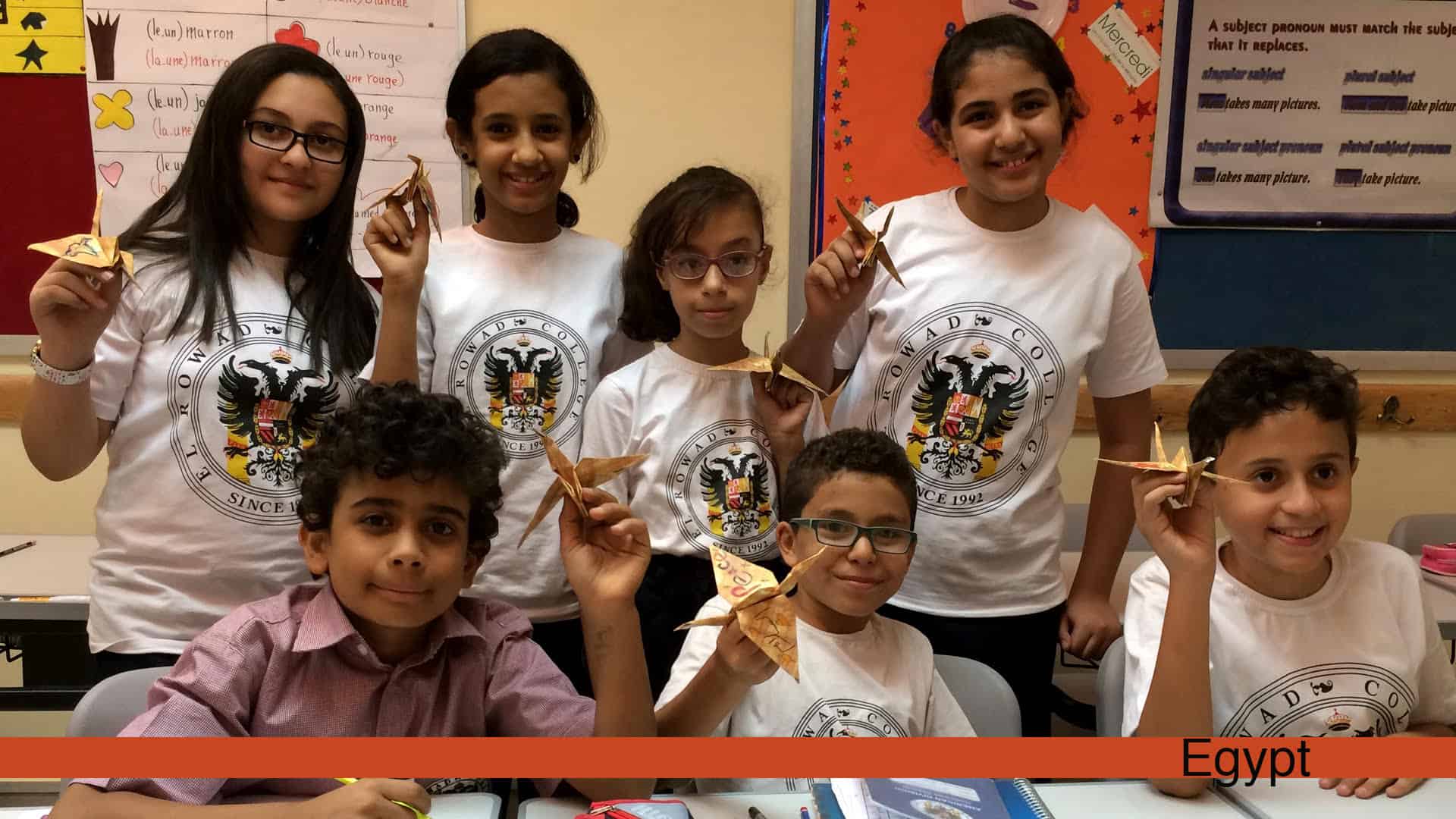 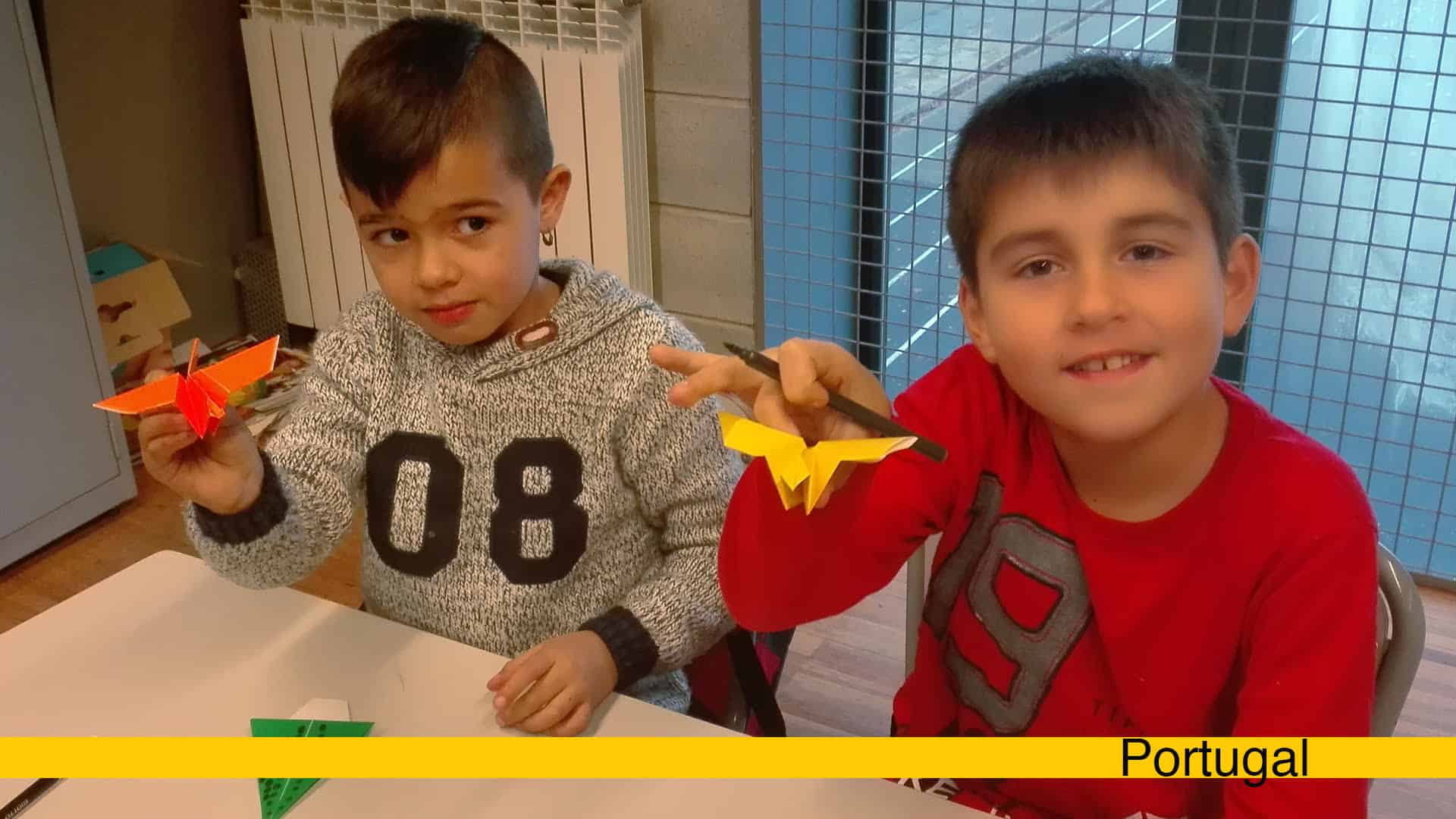 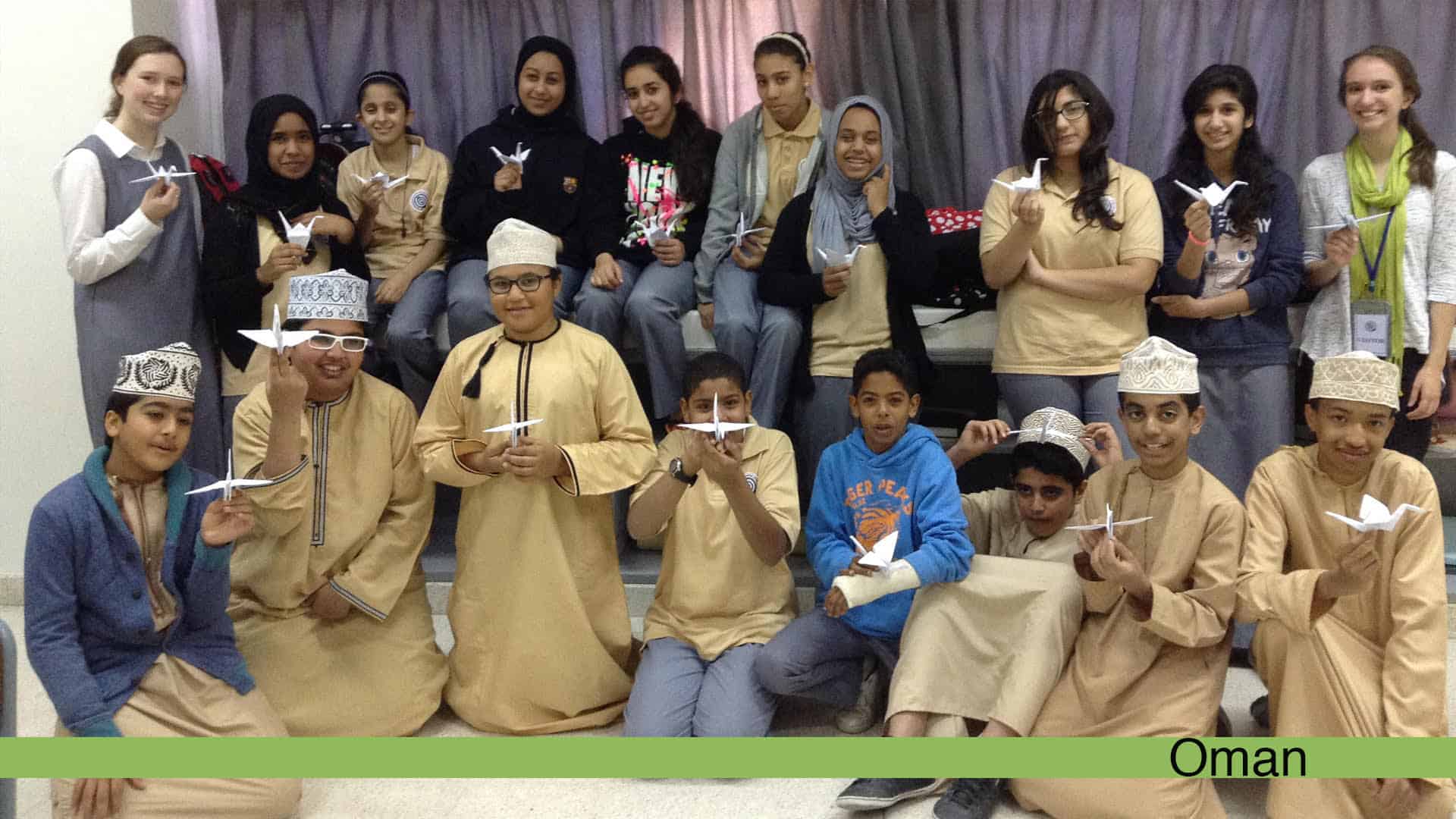 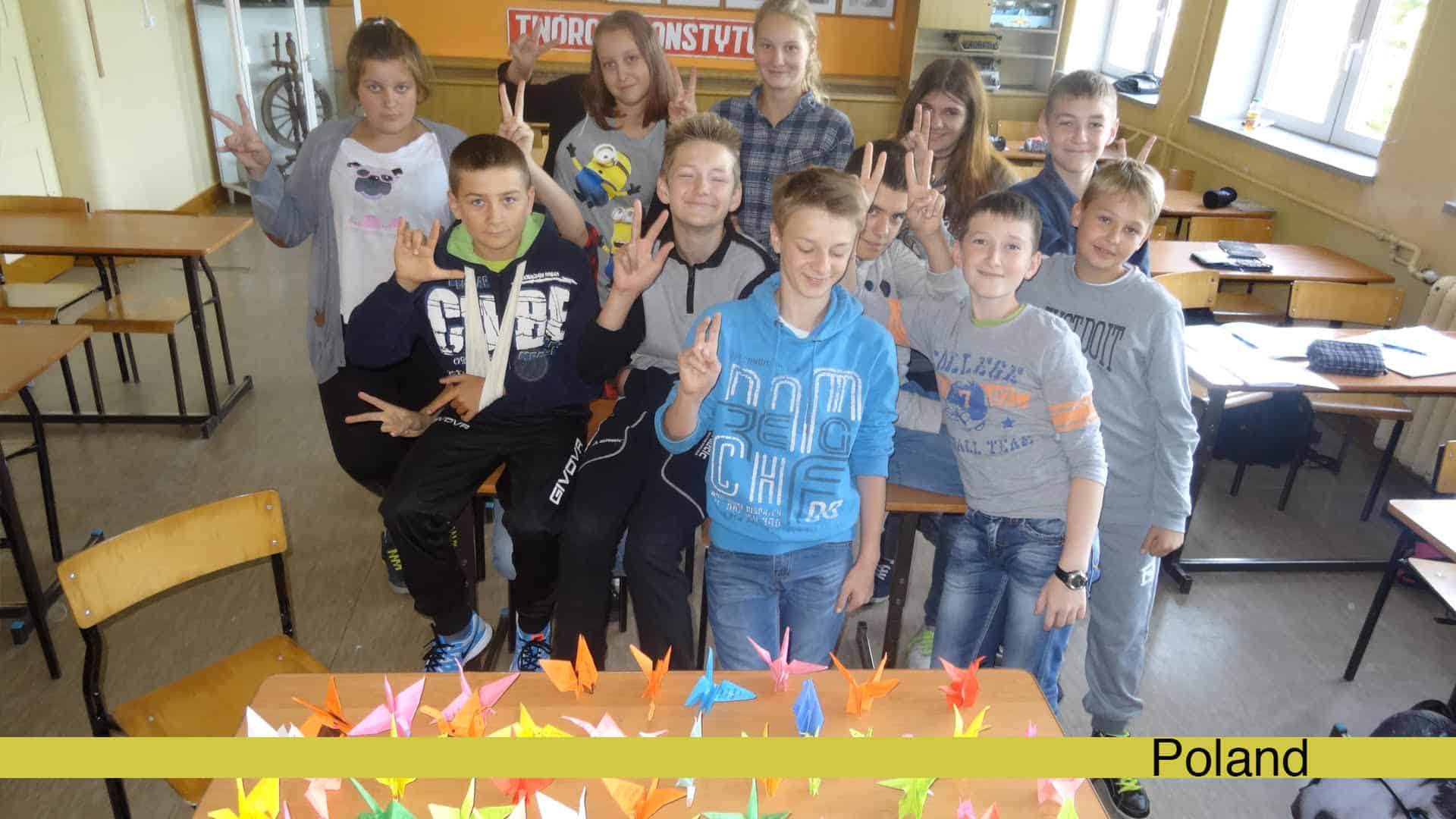 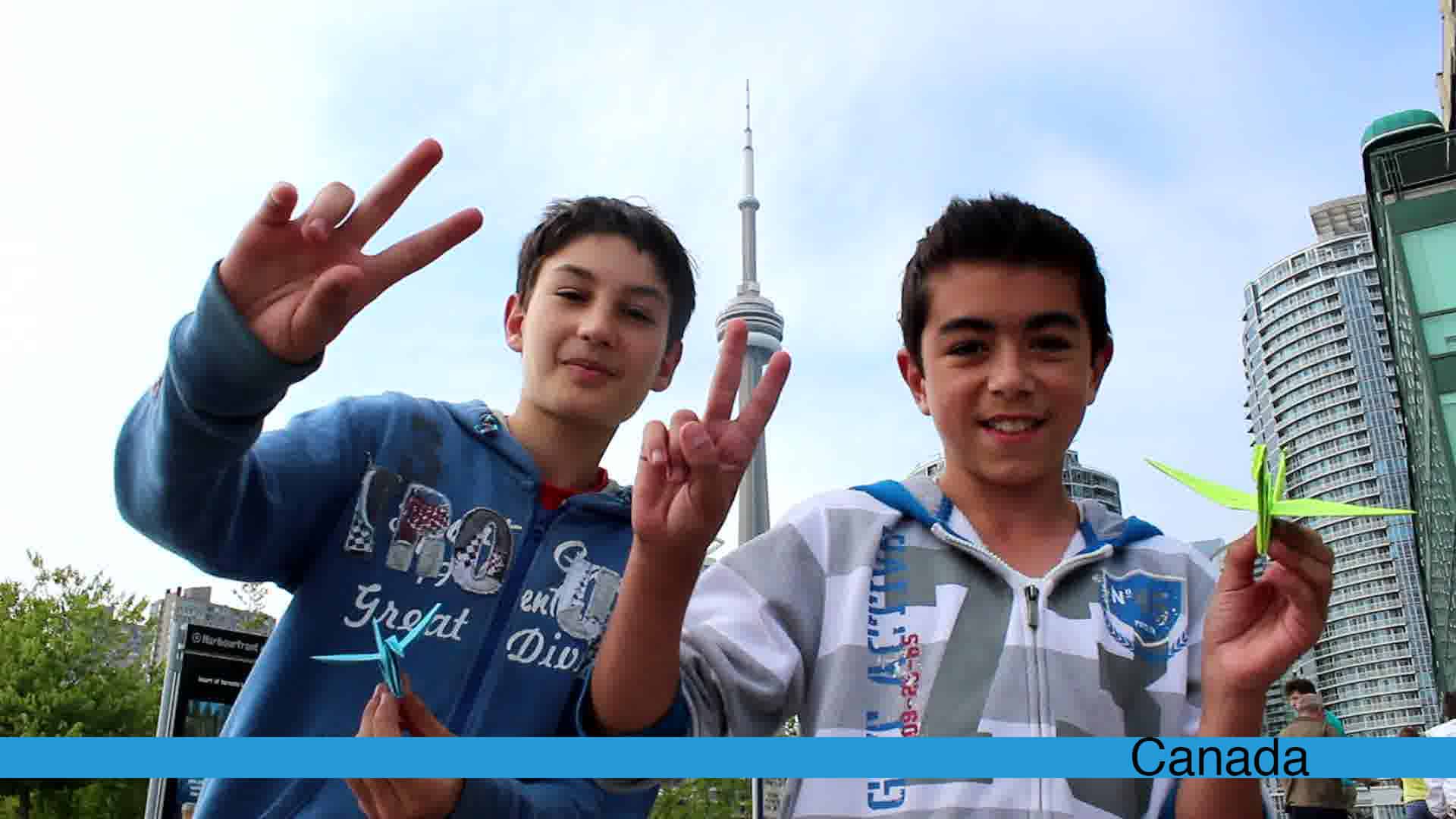